I was alone yet again. There were still no available beds in Queenstown (check out this blog post about my first couchsurfing experience) and I was without a car. My accommodation options were limited to sleeping under a bridge or on a bench, so I booked a hostel in Dunedin, a coastal town about 3.5 hours southeast of Queenstown.

But how to get there? Buses were expensive and I didn’t have a car.

I did what many travelers in New Zealand do: I hitchhiked.

Unlike in the States, hitchhiking is legal, very common, and it’s quite safe.

In preparation for my hitching adventure, I packed a small overnight bag, went dumpster diving for some good cardboard, and made my sign.

The character above “DUNEDIN” is Chinese for “in the direction of/towards.” I figured that if I had Chinese written on my sign, my chances of getting picked up by a Chinese tourist would be higher.

I got some great tips from a seasoned hitchhiker (who shall not be named for fear of her mother’s wrath):

I had an amazing time hitchhiking because I got to meet some really interesting people that I normally wouldn’t have met in a hostel.

I met a middle-aged man named Gary, who was heading home after scenic drive around Queenstown. He lost his wife a few years ago to breast cancer and has a daughter who lives in Invercargill.

I was picked up by a road construction worker named Chris, who works 14 consecutive 15-hour days and then has 1 ½ days off. He picked me up in his work rig and bought ice cream for me when we stopped for gas. He was so kind!

I met a guy named Bevan, who had just gotten done wakeboarding in Wanaka and was headed home to Dunedin.

I rode in a campervan with a German/Kiwi family who was in Dunedin for a wedding. I learned all about cricket from their 10-year-old son and taught them about lacrosse, which is a sport that they had never heard of.

I dropped in on the Alexandra Bowling Club to use the restroom and was warmly welcomed by everyone inside. I learned that their bowling club isn’t 10 pin bowling, but it’s done outside on a lawn. Here’s a picture of me, Leah (my fellow Queenstown-bound hitchhiker), and Sue, a bowling club member.

My last ride of my hitching adventure was with three Chinese friends. They were vacationing in New Zealand for a few weeks while their children stayed at home to study. I discovered that they also live in Shenzhen, which where I used to live when I was in China! 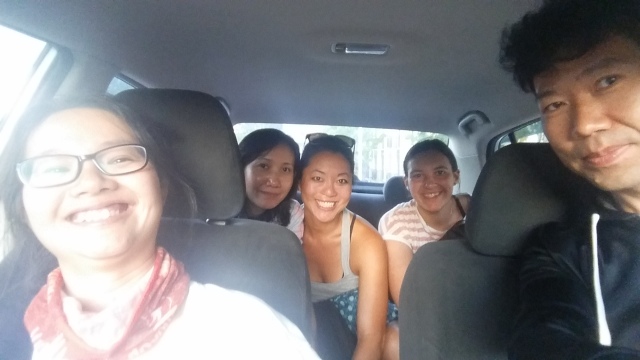 But the best part about hitching was the fact that I got to see my favorite animal in its natural habitat at the Penguin Place, a reserve for the endangered yellow-eyed penguin. Because yellow-eyed penguins don’t do well in captivity, I would never be able to see one in a zoo or aquarium.

The Penguin Place has a penguin hospital, where they care for the sick or injured penguins before releasing them back into the wild.

Here’s a picture of a young, plump yellow-eyed penguin, who was molting his feathers. I thought that it was so interesting that he was up in the trees to moult, not down by the ocean where you would think he would be. He will stay in that same place for weeks to conserve energy until he’s done moulting. 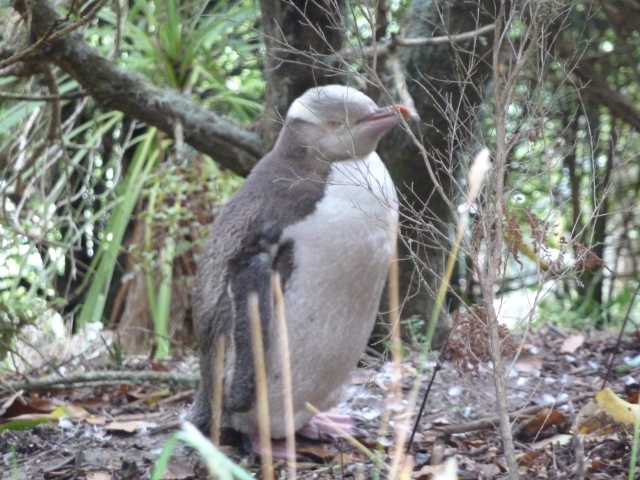 Although I won’t be hitchhiking anytime in the near future, I am so grateful that I had the opportunity to do so in New Zealand. I would like to thank everyone who was kind enough to give me a lift and share their life stories with me. I only hope that one day, I will be able to return the favor.

2 Responses to The Great Hitchhiking Adventure